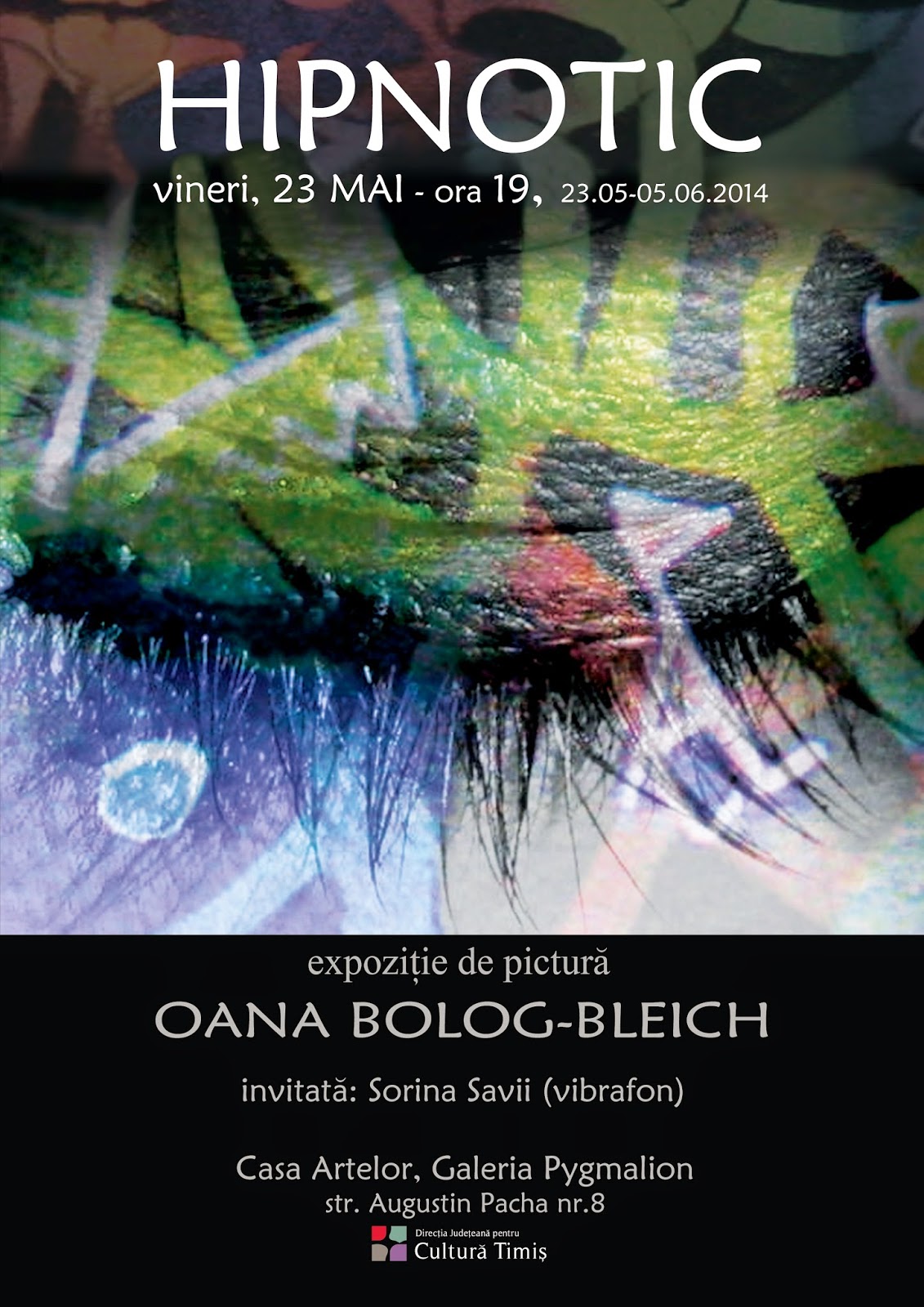 "The light of memory, or rather the light that memory lends to things, is the palest light of all. I am not quite sure whether i am dreaming or remembering, whether i have lived my life or dreamed it.Just as dreams do, memory makes me profoundly aware of the unreality, the evanescence of the world, a fleeting image in the moving water." Eugen Ionescu

Sleep represents the most important source of rest. But at the same time, it is a strange universe, intriguing and troublesome, because it suppresses alertness, removes thought control, deletes the everyday existence, cuts off relations with the surrounding world.
Through this exhibition I am proposing a fascinating and miraculous journey through the world of dreams. It's a slow trip, leisurely among states, motives and thoughts - a floating inner self in a world that no one can access only by dreaming, that state of daydreaming, and hallucinatory states occurring in standby and then deepen into REM sleep where dreams occur.
REM dreams (Rapid Eye Movement - a stage of sleep characterized by rapid eye movements under closed eyelids) resembles a narrative in which the sleeper assists like a foreign spectator, to the images triggered by sleep, having a sense of belonging to another world, an alternate reality.
The light show that will be revealed in this exhibition presents itself for the viewer standing in front of the canvas, but also for the pictorial space traveler, which represents the viewer’s substitute.
The exhibition involves a journey that starts with leaving the standby state and entering into the dream-state of REM sleep.
The throughput is measured in steps, each piece bearing a number (from1 to16) which corresponds to the depth of the oniric space that will end with the return to the real world.
Entering the dream already starts when the curtain is drawn aside. At this point we are going to leave the real world and enter the world of dreams.
The key to interpreting the exhibition is given by the idea of generation and coverage, meaning that each painting can contain the other. They bind and are born from one another. Each painting flows from the latter, like the stories of the One Thousand and One Nights.
I have thus created a continuum in which the character, along with the viewer, move from one dimension to another. He enters a space from which he passes to the next one only when moving to the next painting and throughout his journey he finds the previously seen ones.
The journey is an ascending path following a route where the traveler, ranging all the while a state of wonder is constantly searching and exploring the fascinating world of dreams which opens in front of him. The ascending journey will end with the apparition of the ladder pointing up, but not toward heaven, toward the Earth as a symbol of returning, of awakening.
The last work, Hypnotic (16) - which gives the title of this exhibition - is strewn with the remains of the oniric experience through a few plastic recurring elements, from the works already seen and represents the lane of return, the return to the state of awakeness and to the real world. 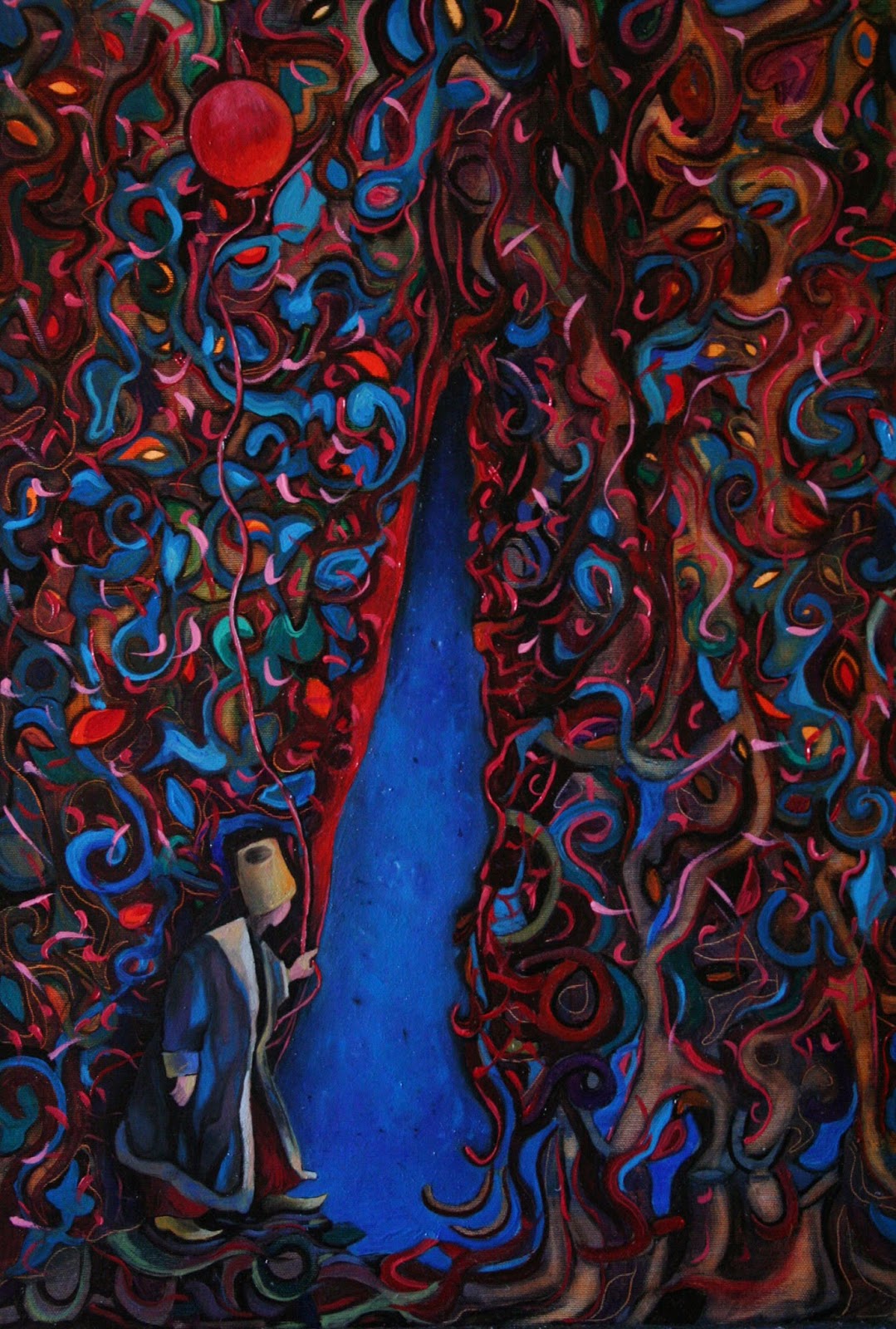 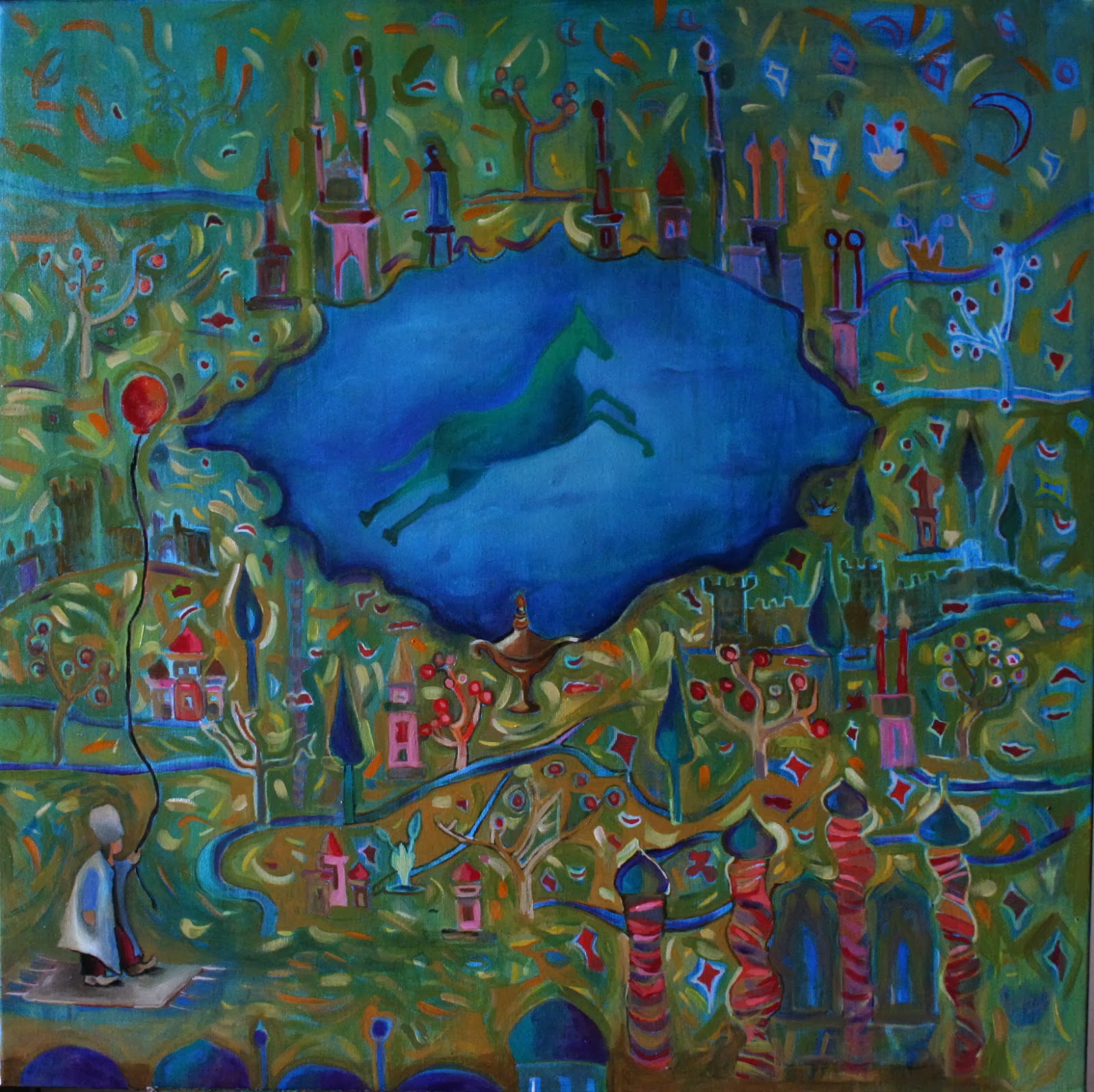 2. The Flight, oil on canvas 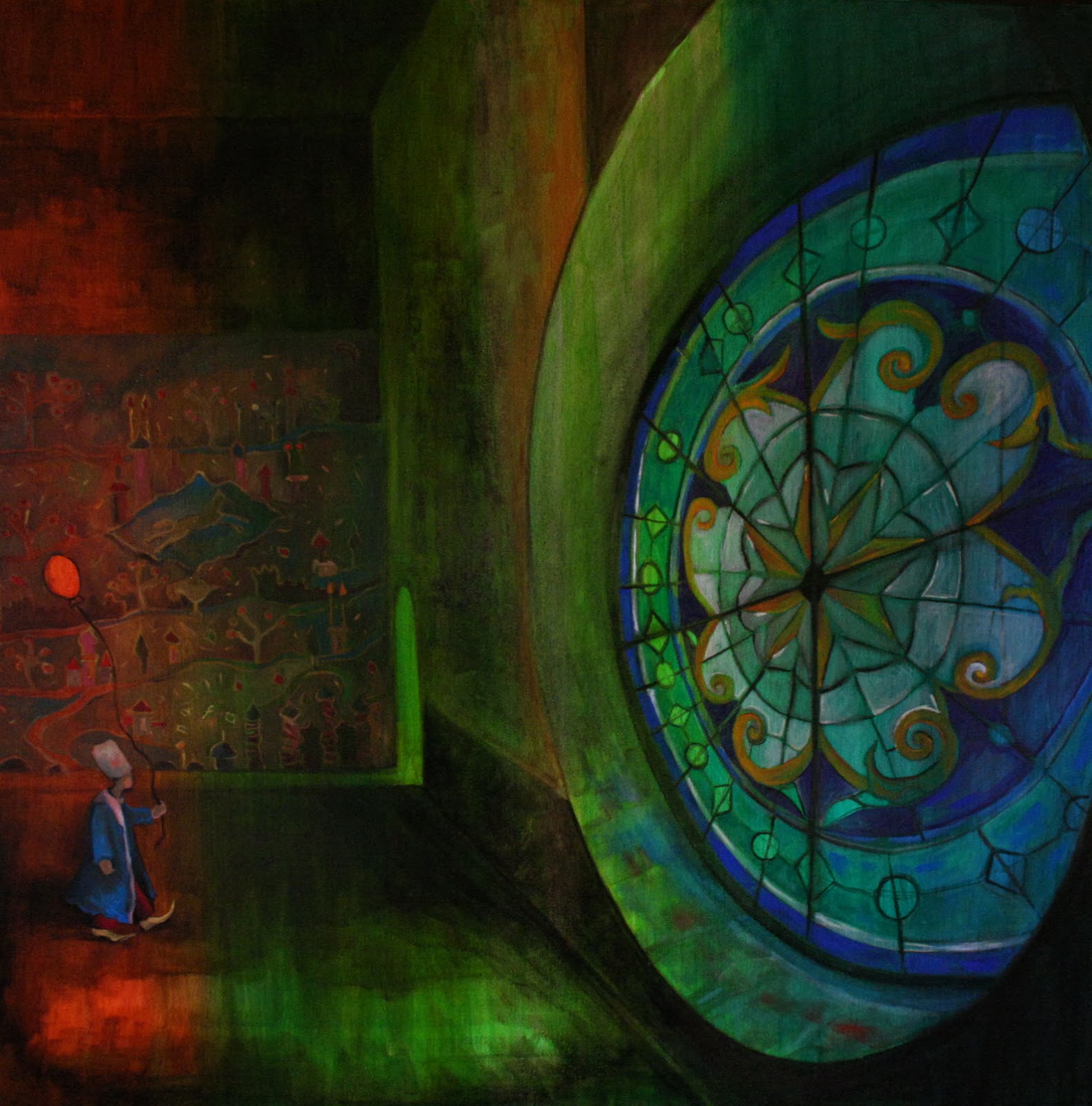 3. A Stop To The Magic Rosette, oil on canvas 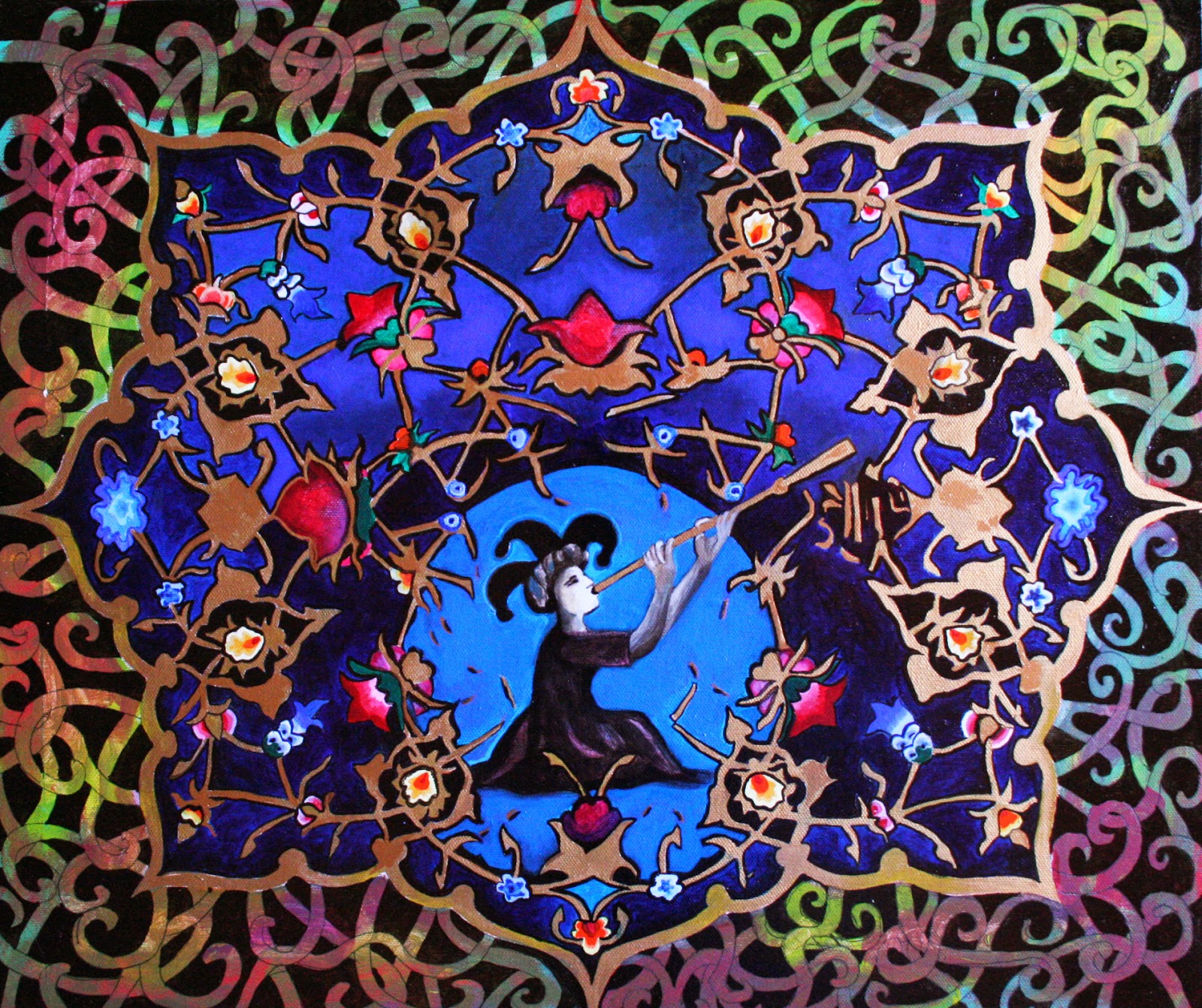 4. The Magic Flute, oil on canvas 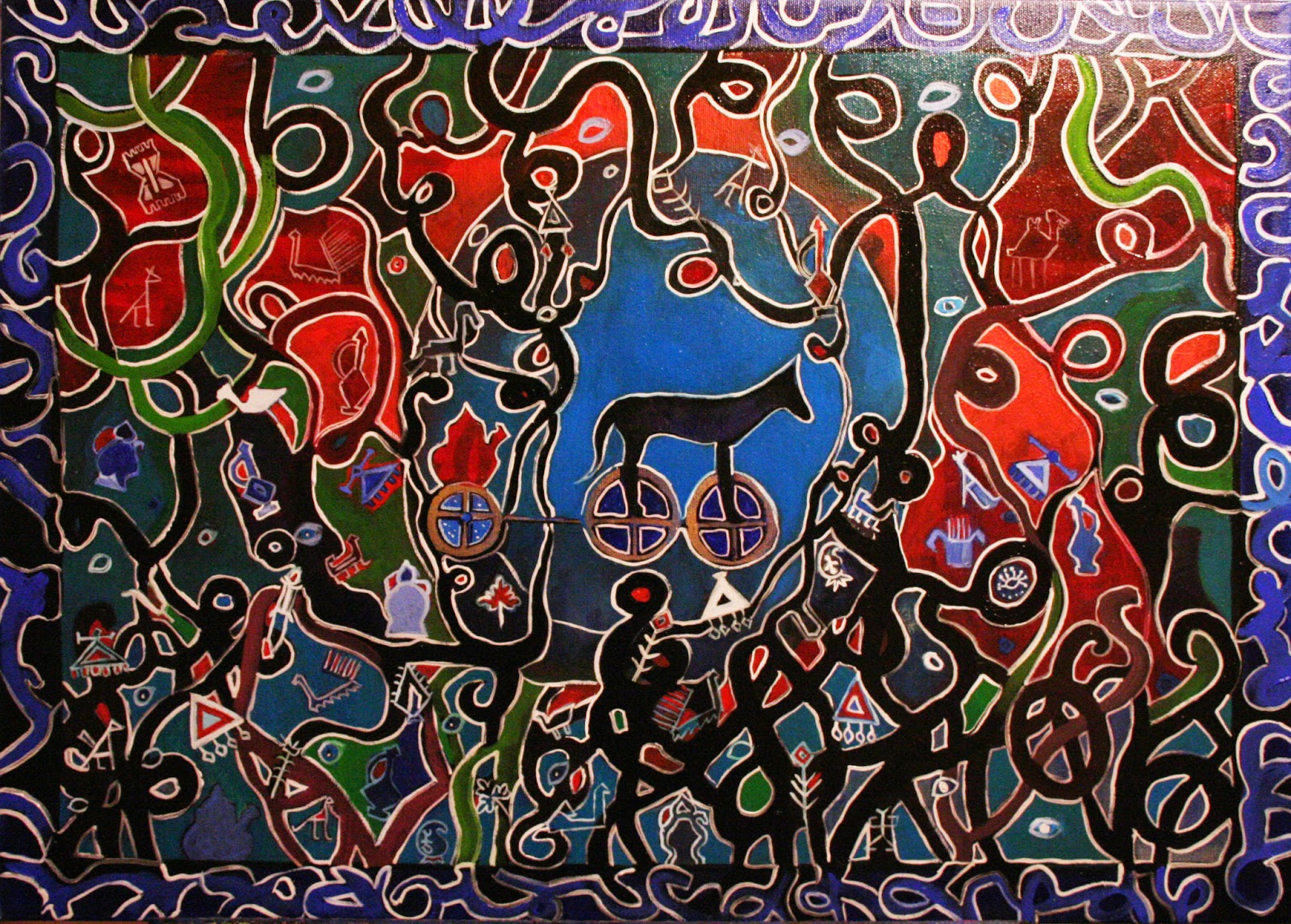 5. The Magic Flight, oil on canvas 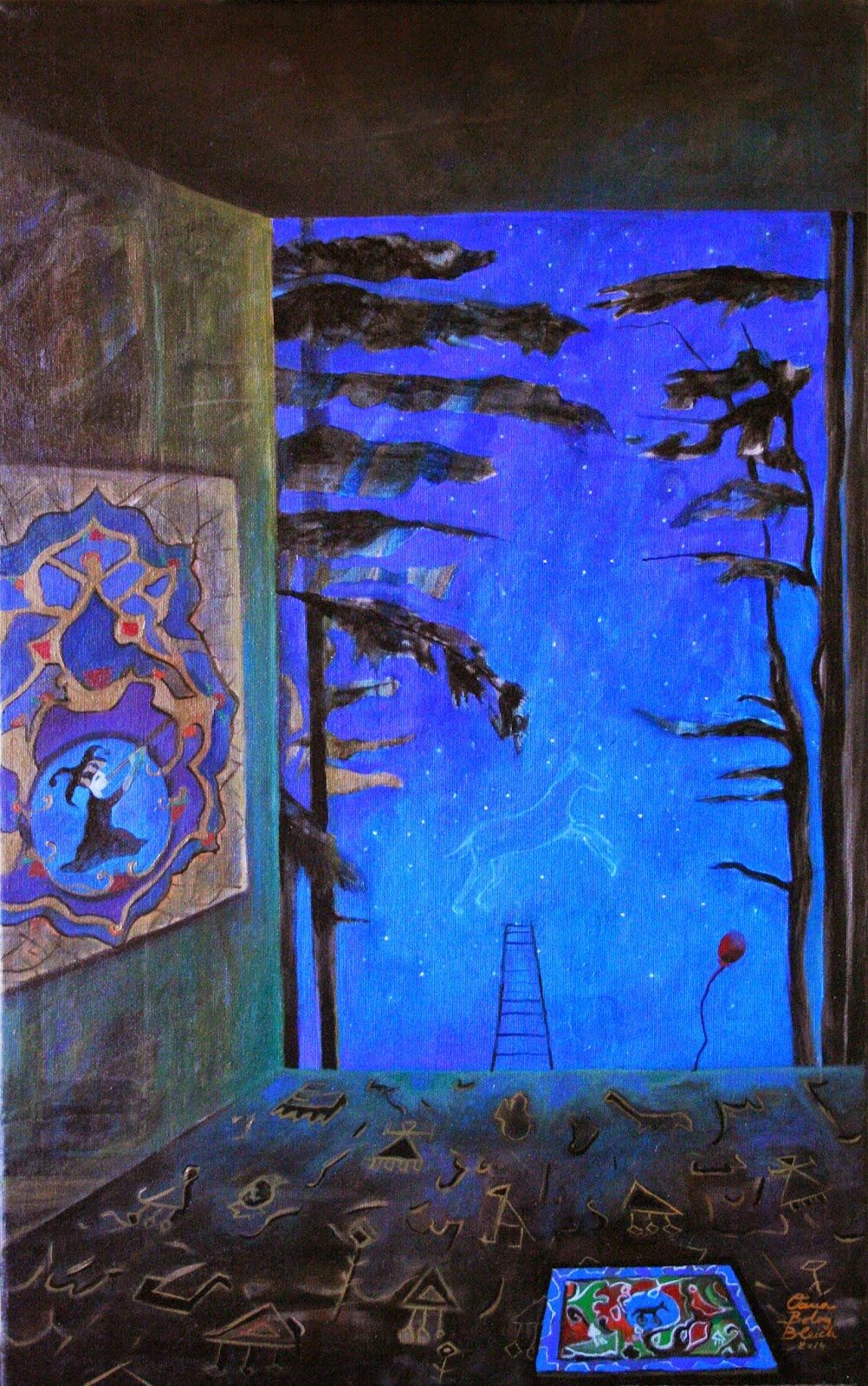 6.The Secret Room, oil on canvas 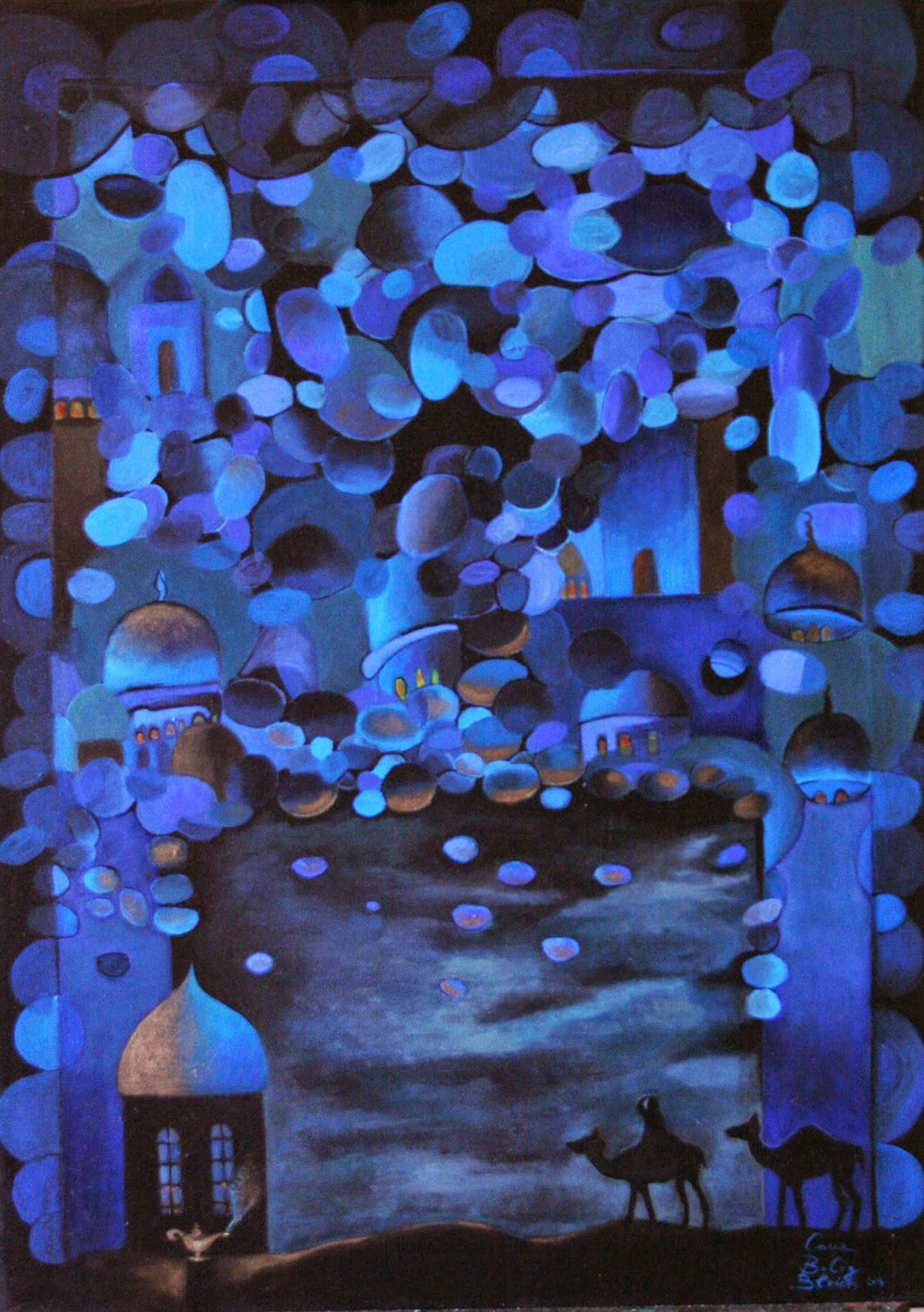 7. The Secret Path, oil on canvas 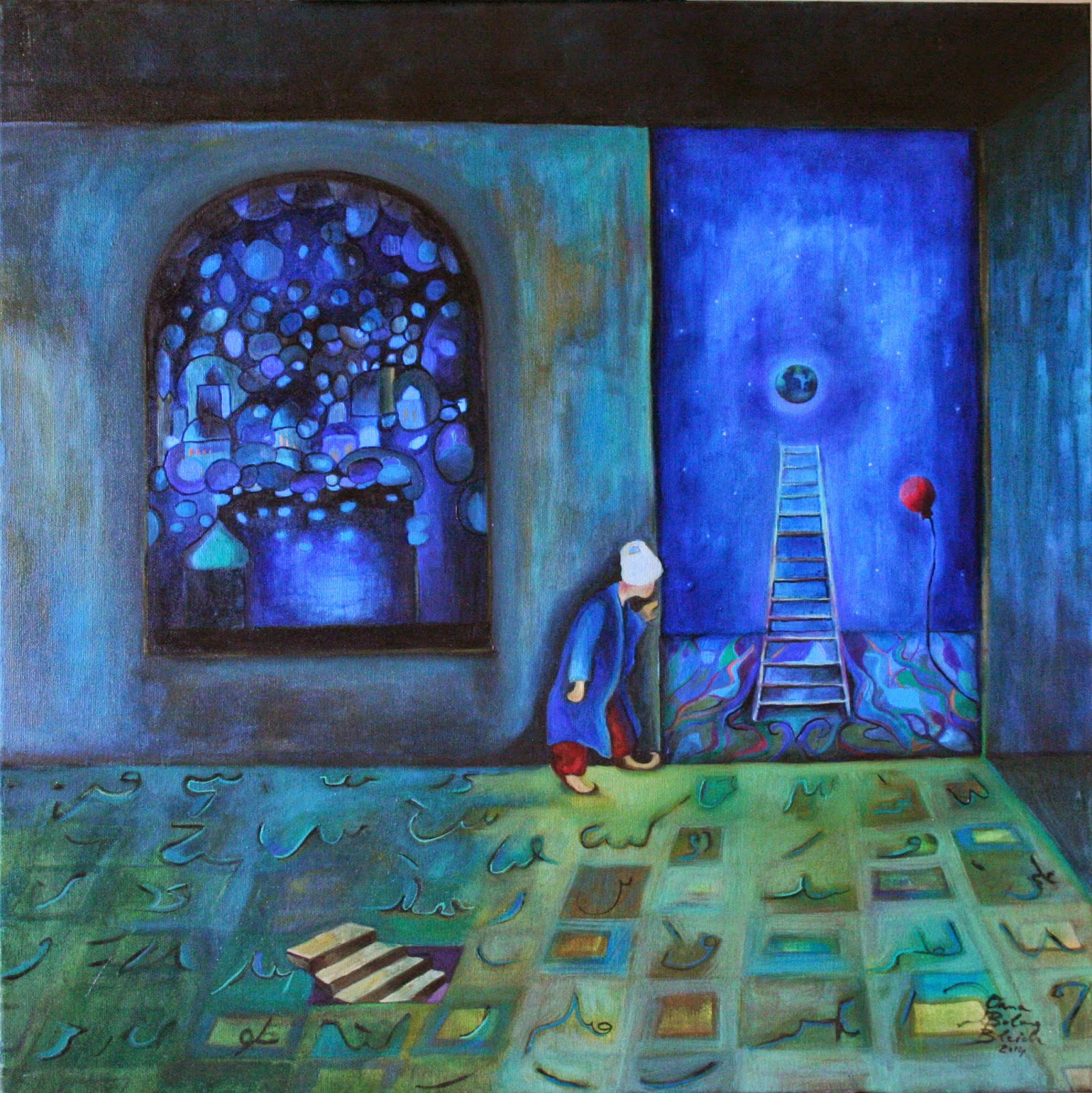 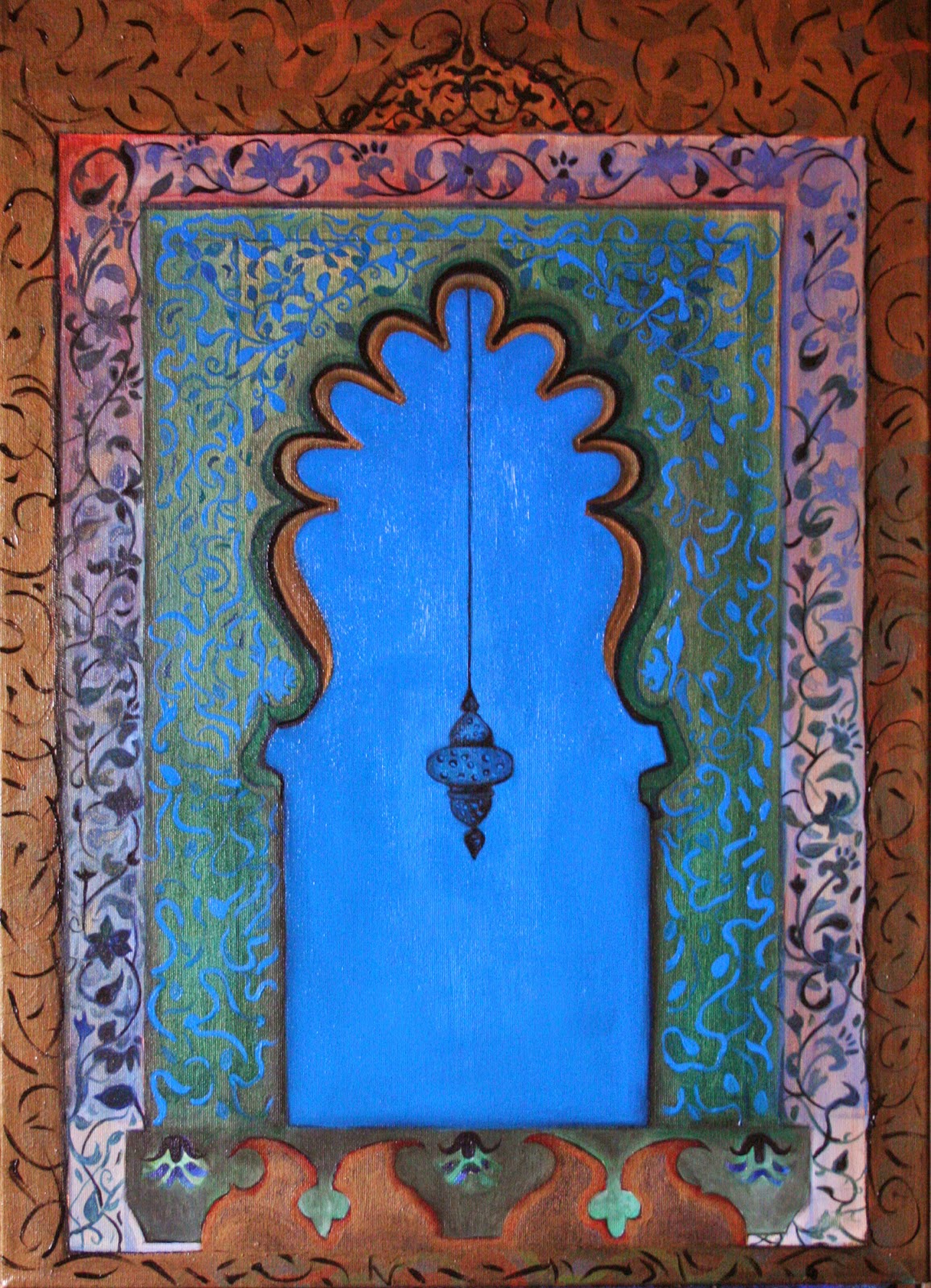 9. The Gate Of The Deep Sleep , oil on canvas 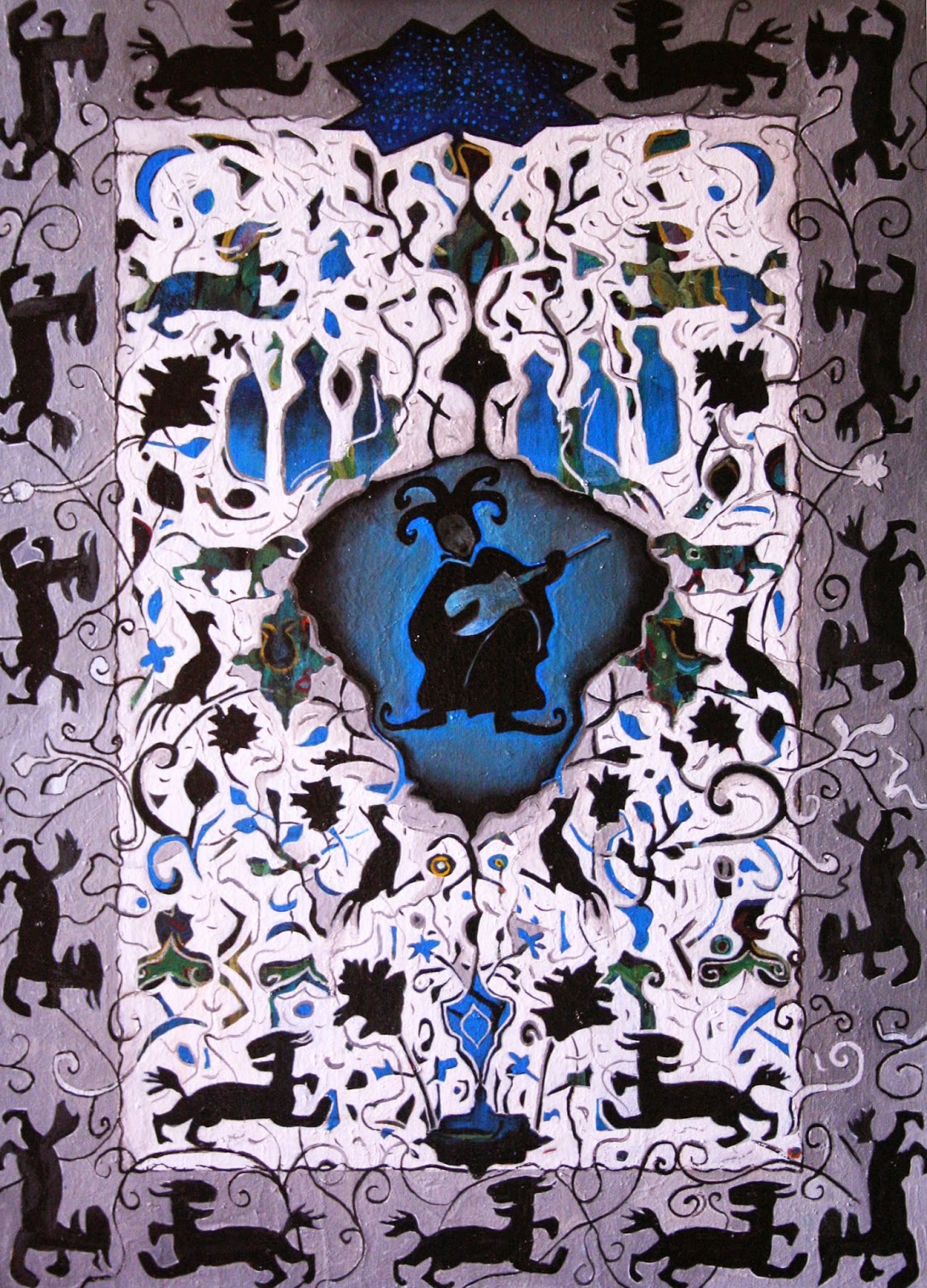 10.The Musician, oil on canvas 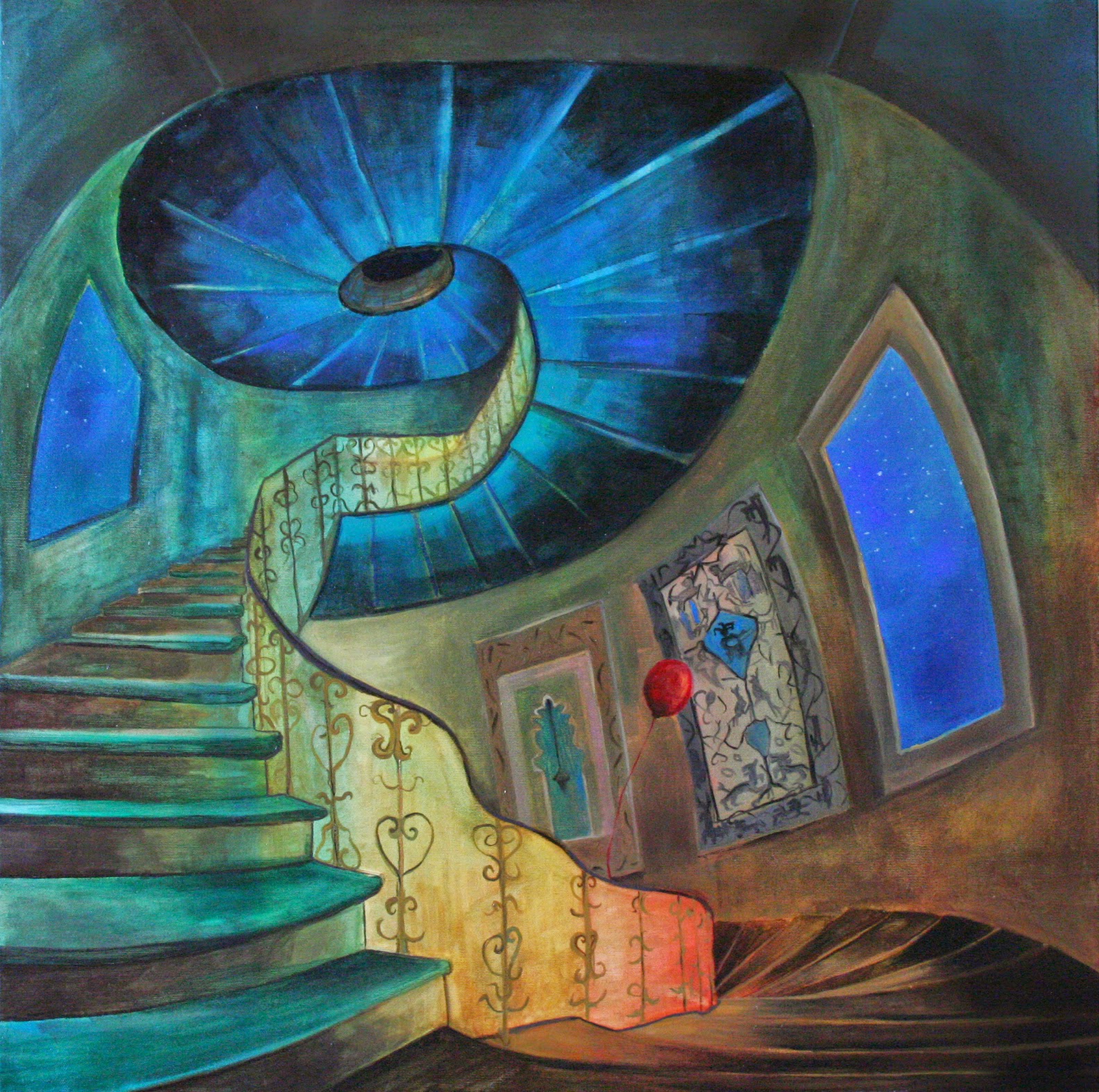 11.The Mirror Of The Night, oil on canvas 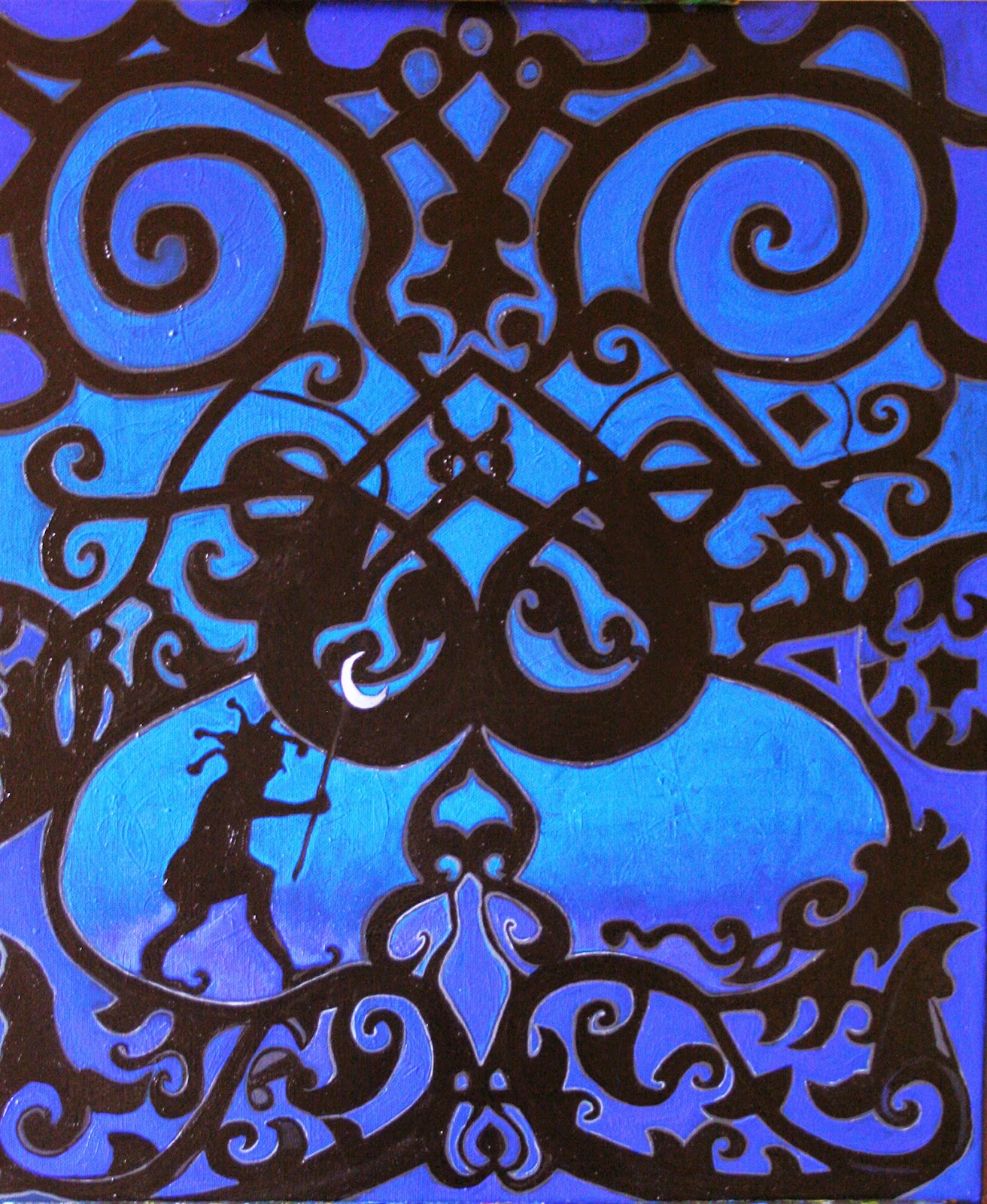 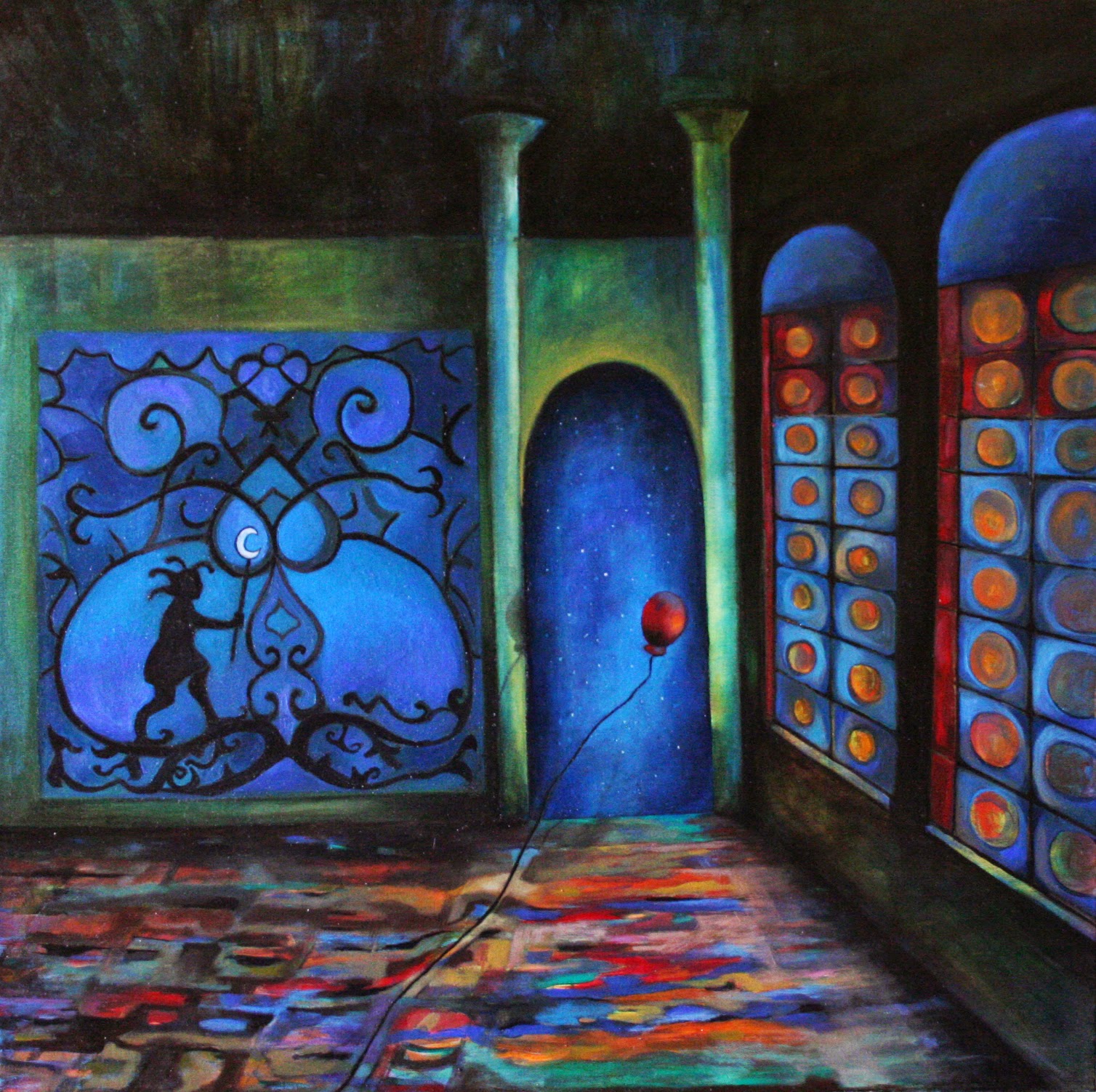 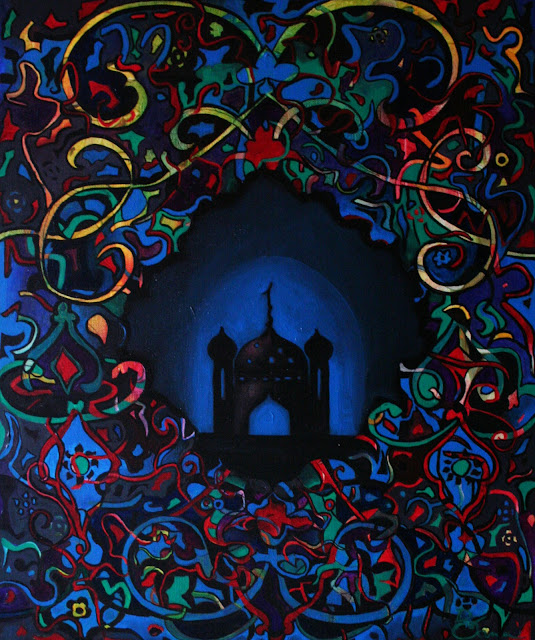 14. The Palace Of The Moon, oil on canvas 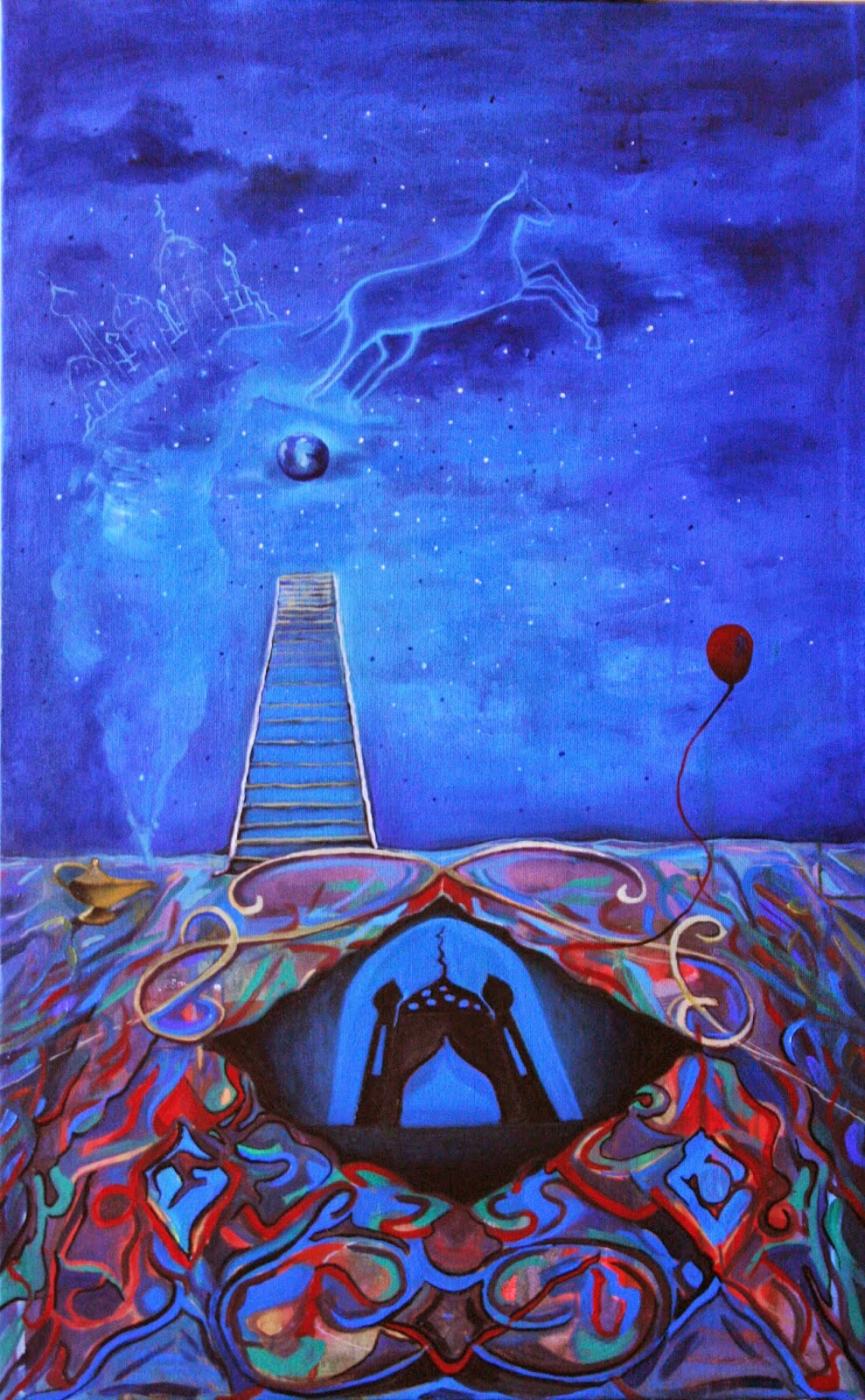 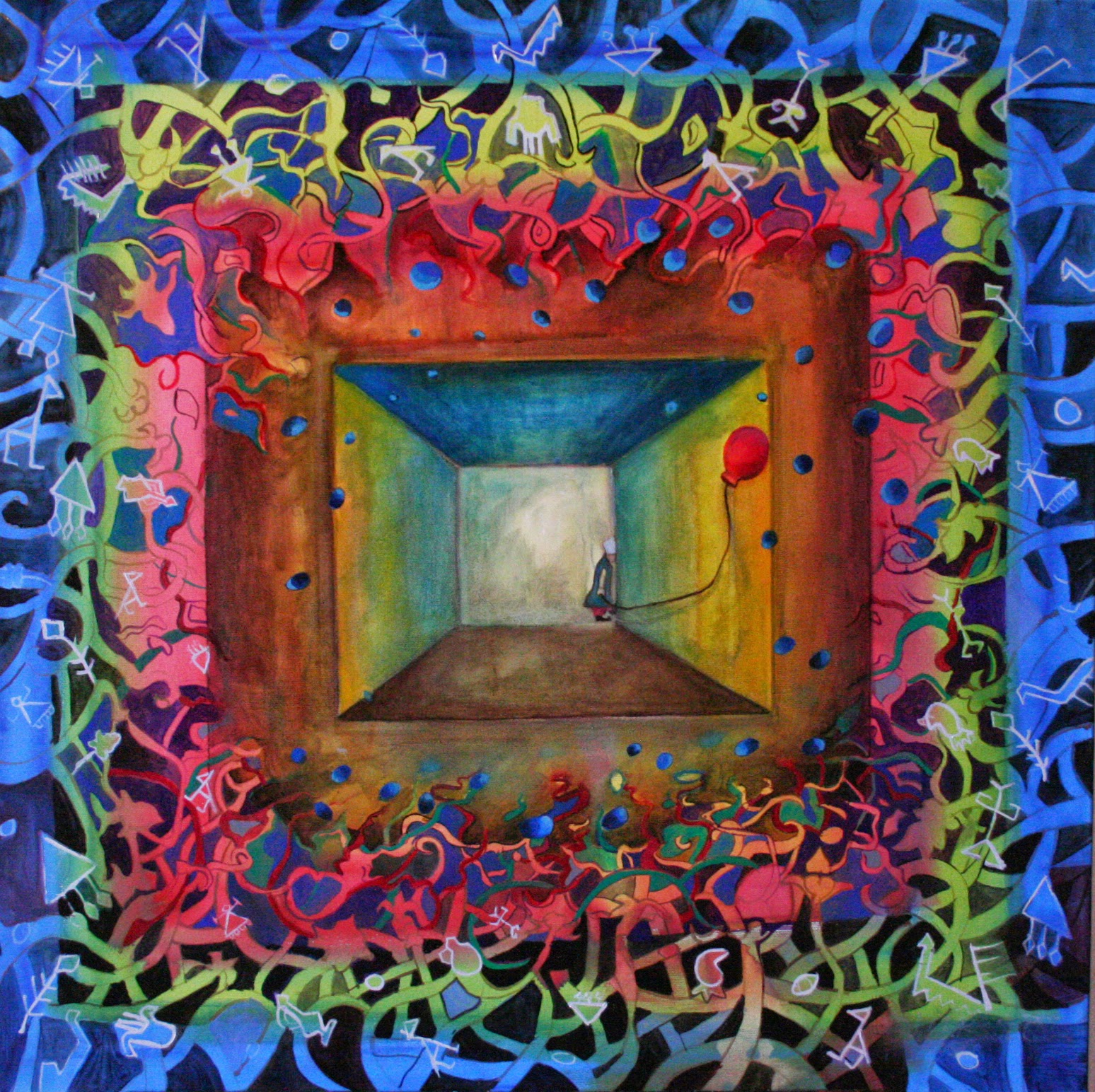